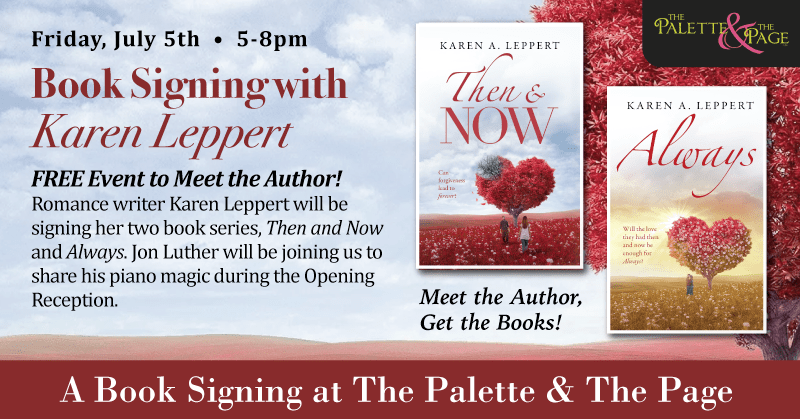 Romance writer Karen Leppert will be signing her two book series, Then and Now and Always on July 5th from 5-8pm.

​Seth Mathis races away from what his peers are running toward: college, a career, wife, family…the white picket fence lifestyle lived by most people in his quaint hometown. But then he meets Sarah Matthews, who stops Seth dead in his tracks with her quick wit, intelligence, and charm.

Sarah and Seth embark on a thrilling ride called “first love” with its youthful passion and insecurities. Their dream of a lifetime together ends when they break-up amidst a scandal that forces Sarah to keep secrets from her friends and family; one of her own and another about Seth, the man who broke her heart.

A chance encounter six years later opens the door to reconciliation. As Seth and Sarah sift through the wreckage of what they once had, will they take a second chance at love or will they realize they were never meant for one another—both Then & Now?